How Much Food do You Need for a One Year Storage?


Most people don’t have a clue about how much food they eat in a year.  This is easy to understand because who goes out and buys a year’s worth of food at one time?  Back in the day, a homesteader might take the wagon to town once a month to buy supplies, but these days most people drop by the grocery store two or three times a week to pick up a few things at a time.  That makes hard to get a good idea of how much you’re buying.  Add to this the fact that most families eat out several meals a week, and it gets even more confusing.

The truth is that we eat an enormous amount of food in a year’s time.  Since I keep pretty close track of the foods I buy, and since I usually eat twenty of my twenty-one weekly meals at home, I thought I had a pretty good idea of how much food I should have stored for a year’s storage.  When I started putting the pencil and calculator to it, I couldn’t believe how wrong I was.

Let’s just use three examples of staple foods that should be in any long-term food storage.  Let’s talk about wheat, rice, and dried beans.  Let’s say that you have 100 pounds of hard red wheat to grind for flour, 100 pounds of dried beans, and 100 pounds of rice.  This sounds like a lot of food until you start breaking it down.  It turns out that this amount of food would allow one person to eat two meals a day for one year.  Each meal would consist of ¾ cup of cooked beans, ¾ cup of rice, and one slice of bread.  That’s pretty Spartan rations for someone who is doing hard physical labor, and remember that’s only for one person.  A family of four would need 400 pounds of wheat, 400 pounds of rice, and 400 pounds of beans.

I guess what I’m telling you is, don’t just guess at whether you have enough food storage.  Figure out what you want to eat, how much per day you will eat, and get the old calculator out.  It’s the only way to know for sure that you have enough.
Posted by Sensible Survival at 6:24 AM No comments: 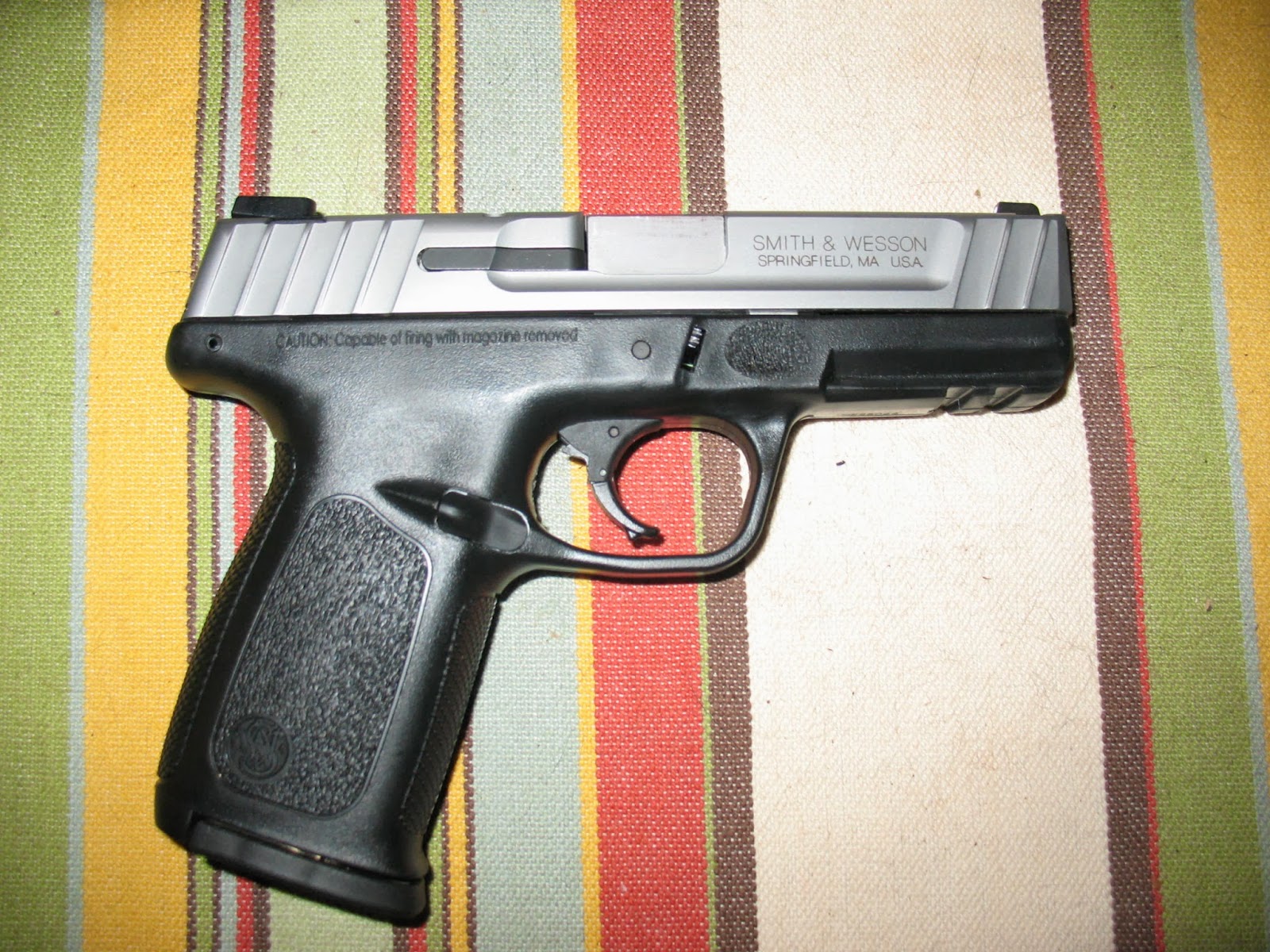 My wife decided recently that she wanted a handgun to carry for self defense, so we started doing a little research and window shopping to try a pick out a good one.  We pretty much decided to go with an auto-loader for magazine capacity, and we talked some about caliber.  We considered both .380 and 9mm.  Many .380’s are more compact and it’s a slightly tamer round than the 9mm, but my wife wasn’t concerned too much about recoil.  She regularly shoots my .357 revolver so she knew that the 9mm wouldn’t be a problem.  Our main concern was the thickness of the grip.  She shot my Taurus PT-92 and found that it didn’t feel comfortable in her hand.  The grip was just too bulky, and her thumb couldn’t reach the left side magazine release button.  She fired my brother-in-law’s Ruger LCP .380, but she felt that it was too small and she was concerned about the stopping power of the lighter round.  So we pretty much decided on a 9mm; it was just a matter of finding one with a double stack magazine that would fit her hand.  A 9mm would have the added bonus of being kind of a family standard round.  I have a 9mm, my son has a 9mm, my brother-in-law has a 9mm, and my son-in-law has a 9mm; so when we get a good deal on ammo we can buy in bulk (no good deals lately).

So we knew that we were looking for a 9mm auto loader with a high capacity magazine.  The next step was to go to the gun shop and try a few on for size.  We tried a Beretta, a Glock, a Sig, a Springfield, a Kel-Tec, and a Smith and Wesson.  The Smith and Wesson SD9VE was the best fit. We held the SD9VE up next to a couple of the other nines and determined that the difference in size was due to the thinner slabs on the grip.  The body of the grip was the same width as the other pistols, so it had no problem holding a double stack magazine. 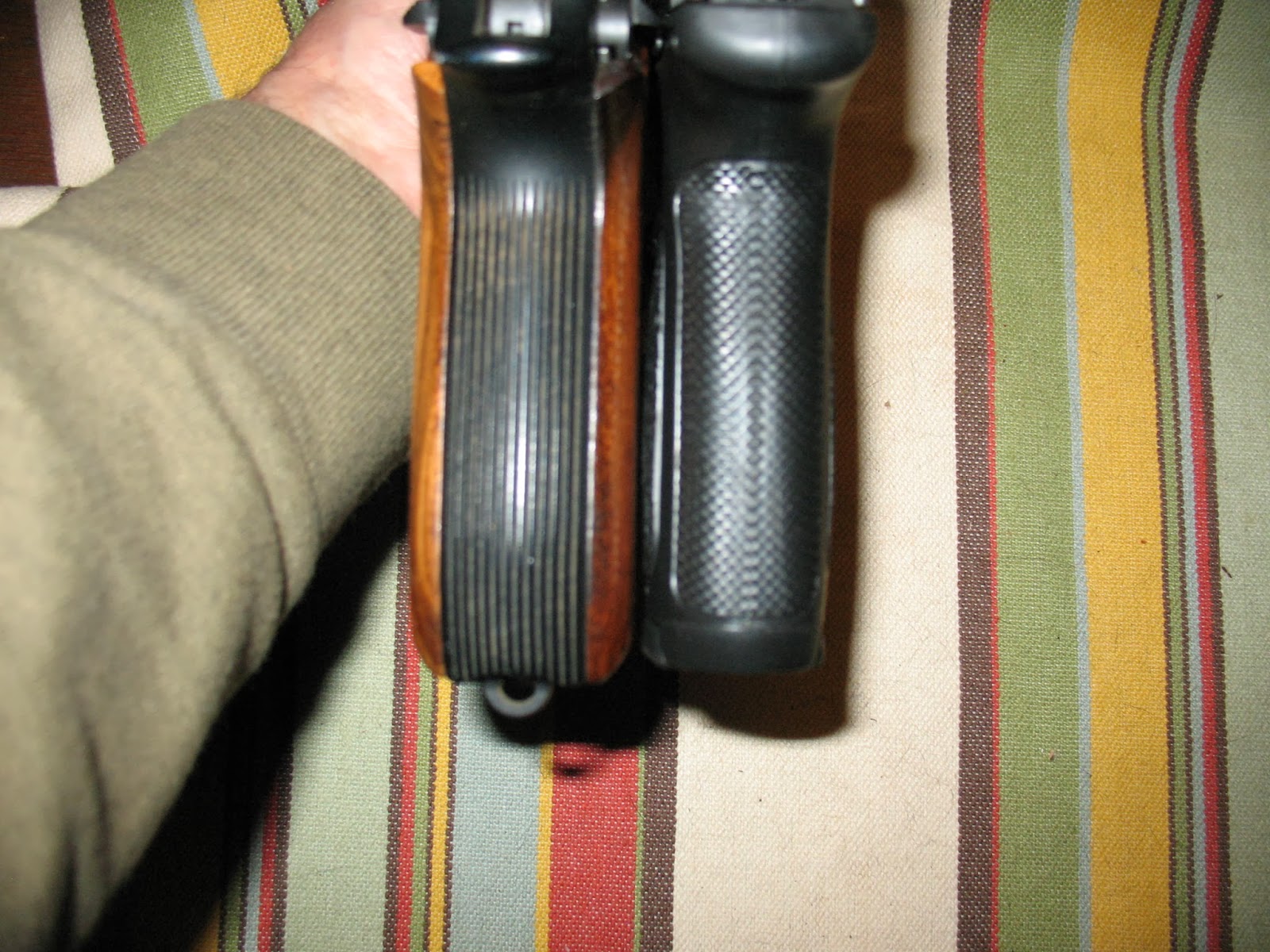 The only thing that worried me a little was that, with the exception of the Kel-Tec, it was considerably less expensive than the others.  I didn’t want my wife trusting her life to a junker (although I have never heard of a Smith and Wesson junker), so it was time to do a little inter-net research.

The reviews that I read and watched were nearly all positive.  There were some concerns expressed about durability of the slide guide-rod since it is polymer rather than steel; and several noted that the SD9 has no safety.  But all reviewers seemed to agree that it was a sweet shooter and fed all brands of ammo with great reliability.  I was interested to read that Glock had actually sued Smith and Wesson over the design of this pistol, and I can see why they did.  I held it up next to my son’-in-law’s Glock and it looked almost like a twin.  Glock lost the law suit, by the way.

So here’s the basic info on the Smith and Wesson SD9VE:

The Smith and Wesson SD9VE is a medium size auto loading pistol with a polymer frame and a stainless steel slide and barrel.  The barrel is four inches long.  The SD9VE is chambered for 9mm parabellum.  It has a double stack magazine with 16 rounds capacity. 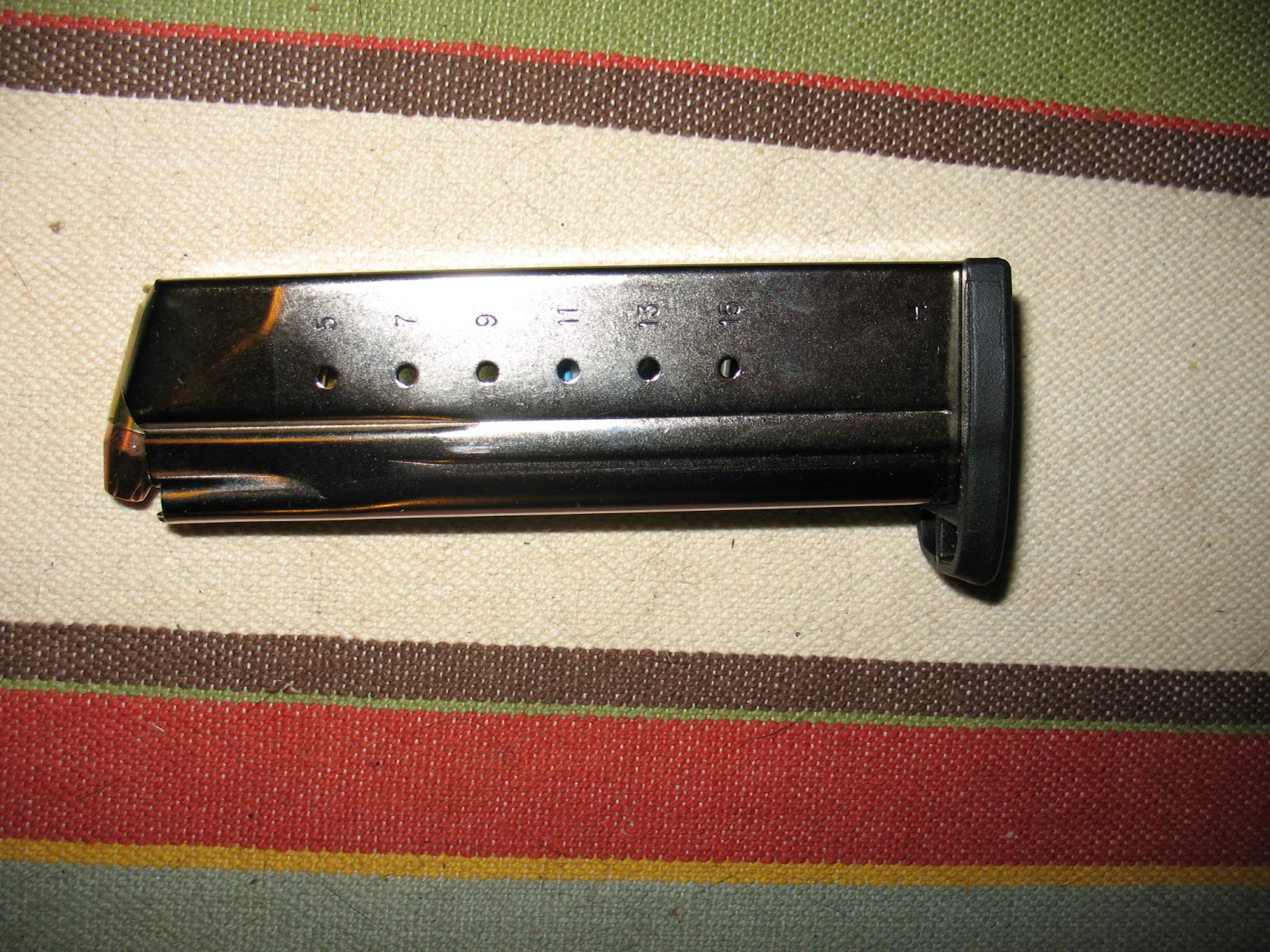 View holes on the sides of the magazine allow you to see how many rounds are in the mag.  The SD9VE is striker fired so there is no exposed hammer. 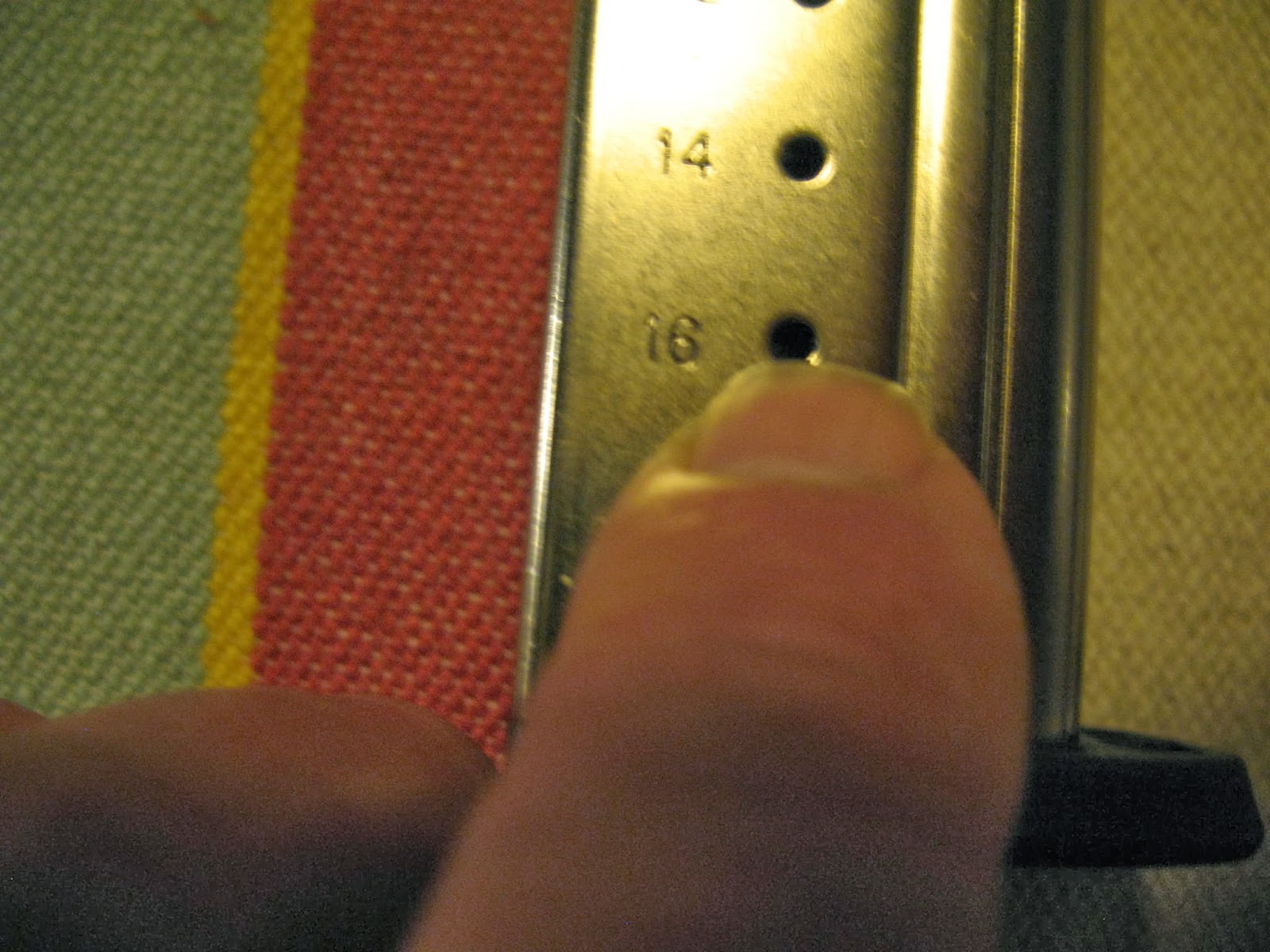 Every shot is double action, and the trigger has about a seven pound pull.  There is no safety on this firearm.  It will still fire without the magazine inserted.  The SD9VE is 1.5 inches wide, 7.2 inches long, and weighs 22.7 ounces without the magazine.  The sights are fixed with a white dot on the front post and to each side of the rear notch. 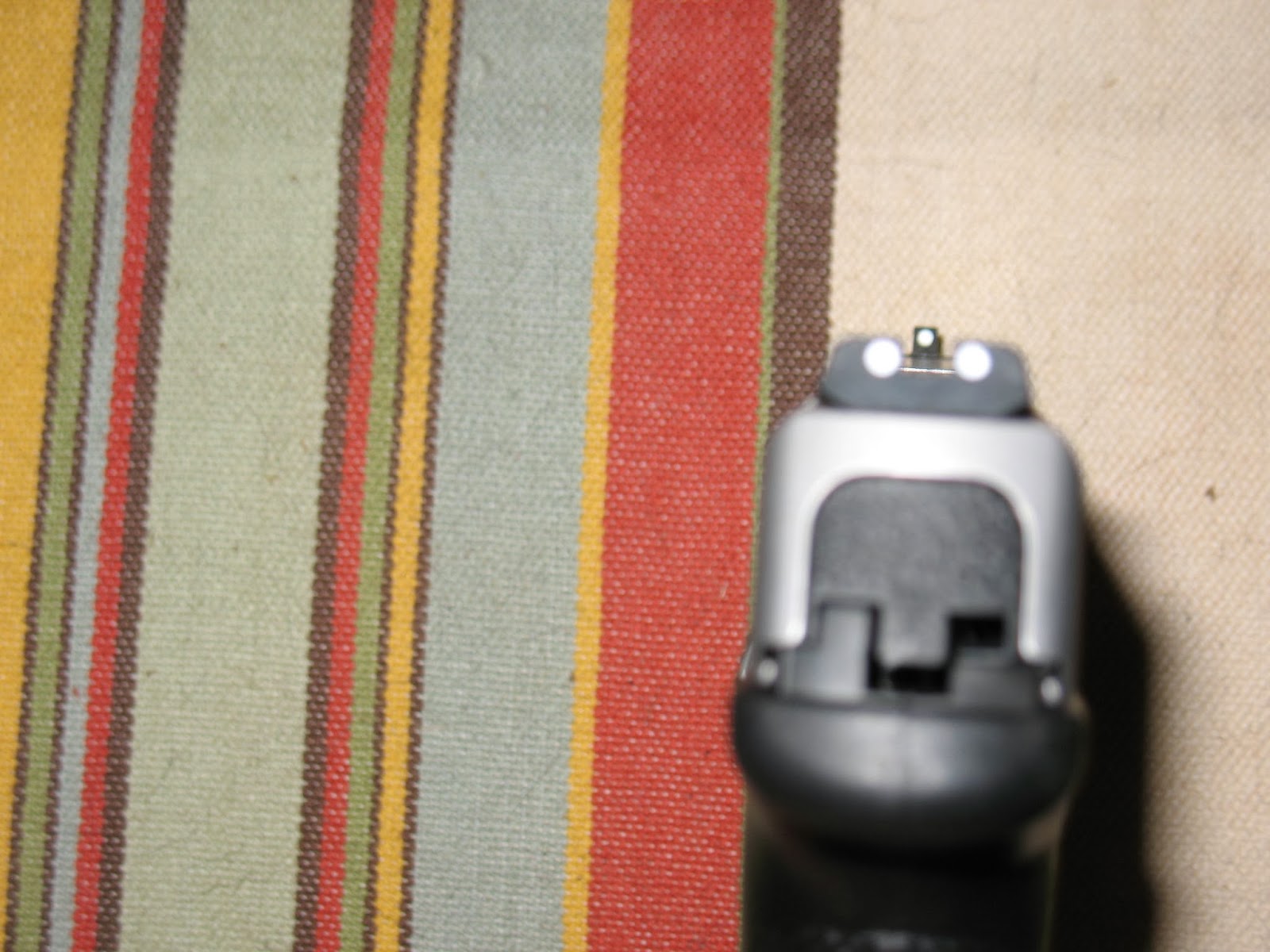 There is a small rail under the barrel that can be used for mounting a laser or light. 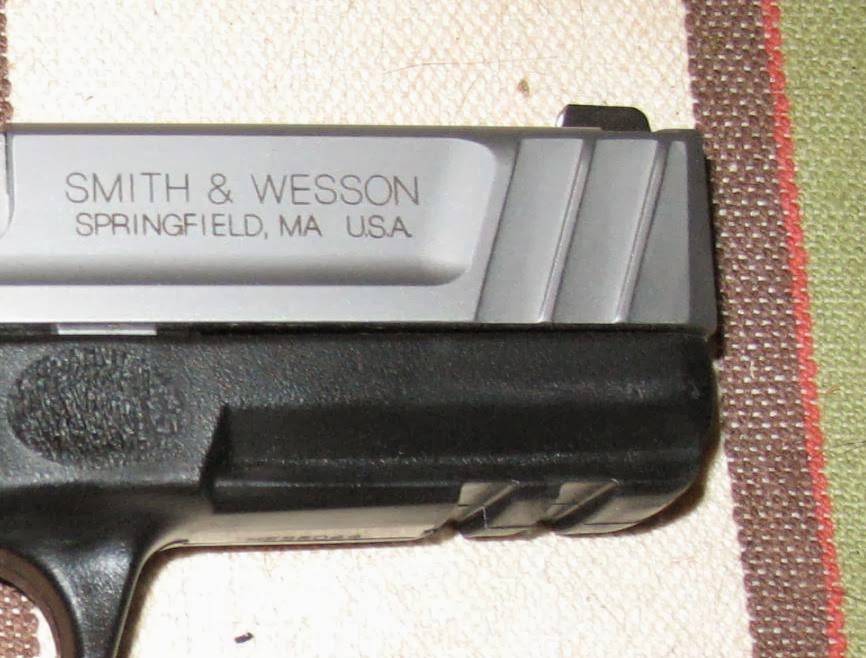 The body of the SD9VE is black and the slide is dull silver-gray.  The slide is deeply textured for easy grip when chambering a round. 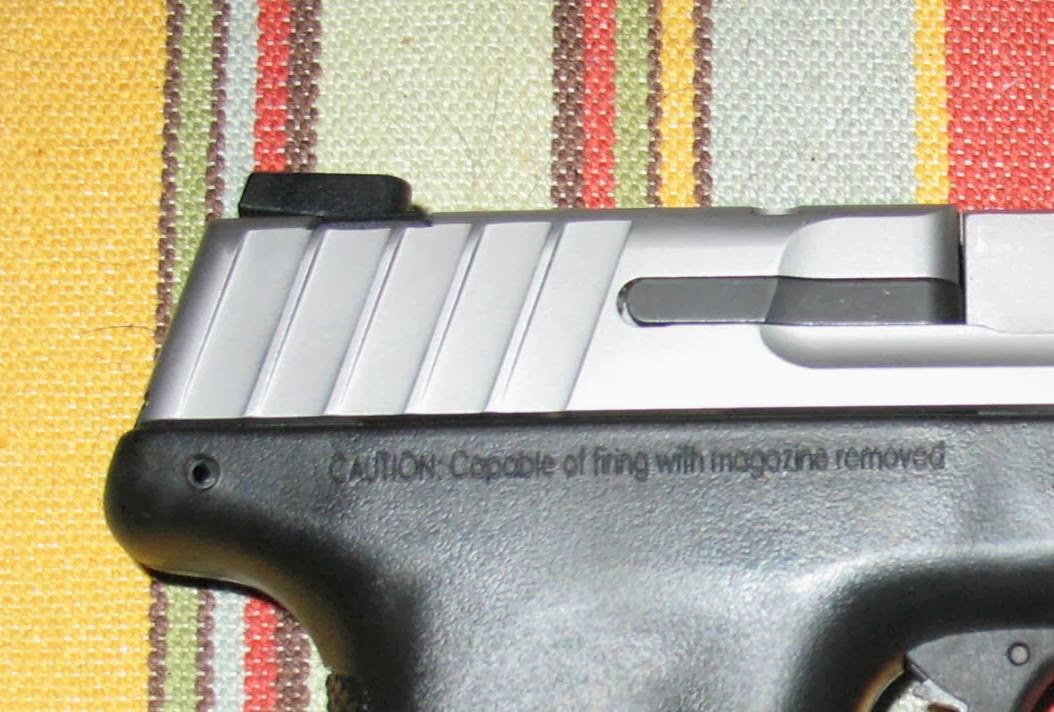 The slide release and magazine release are both located within easy reach on the left side of the frame. 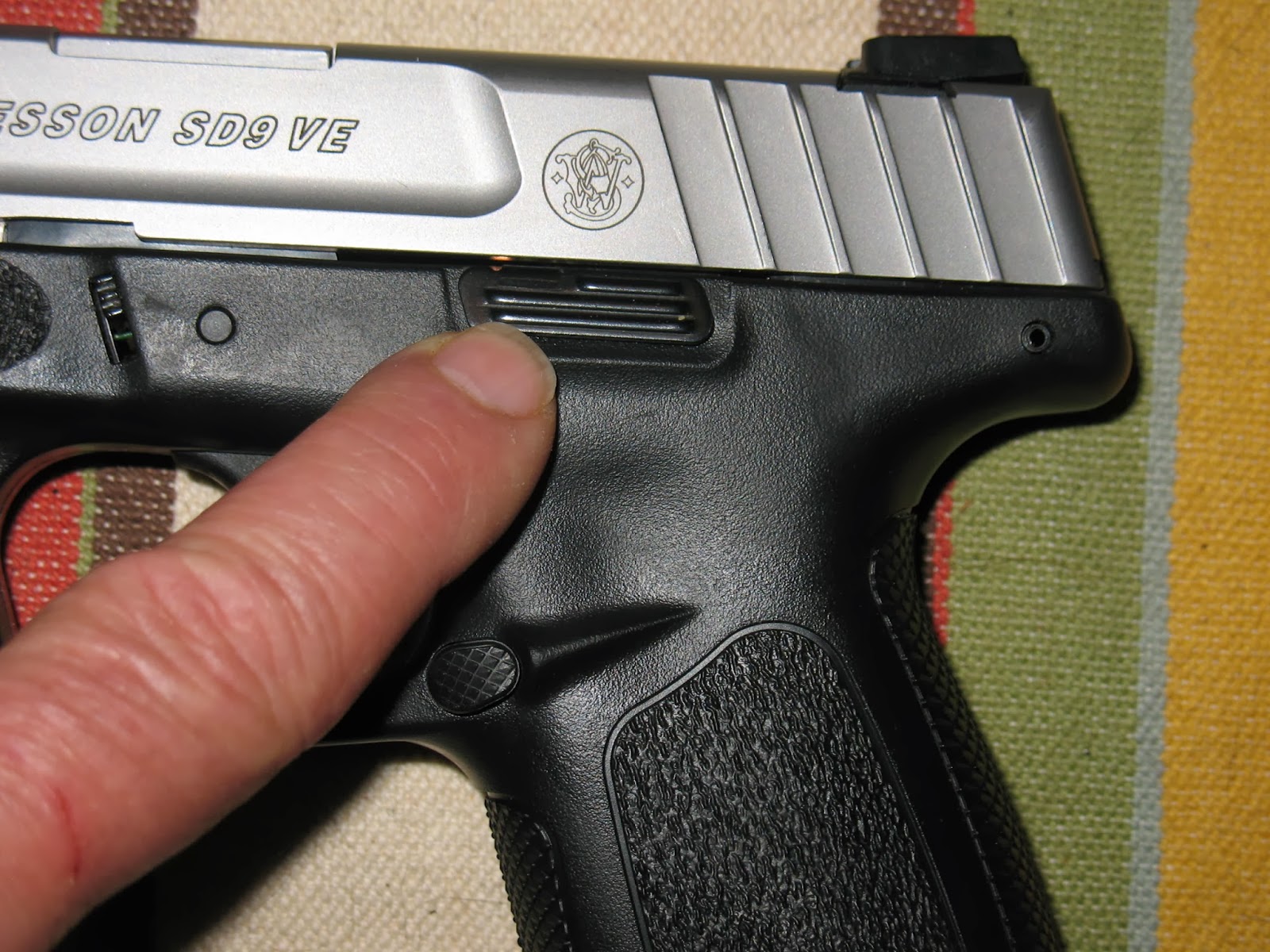 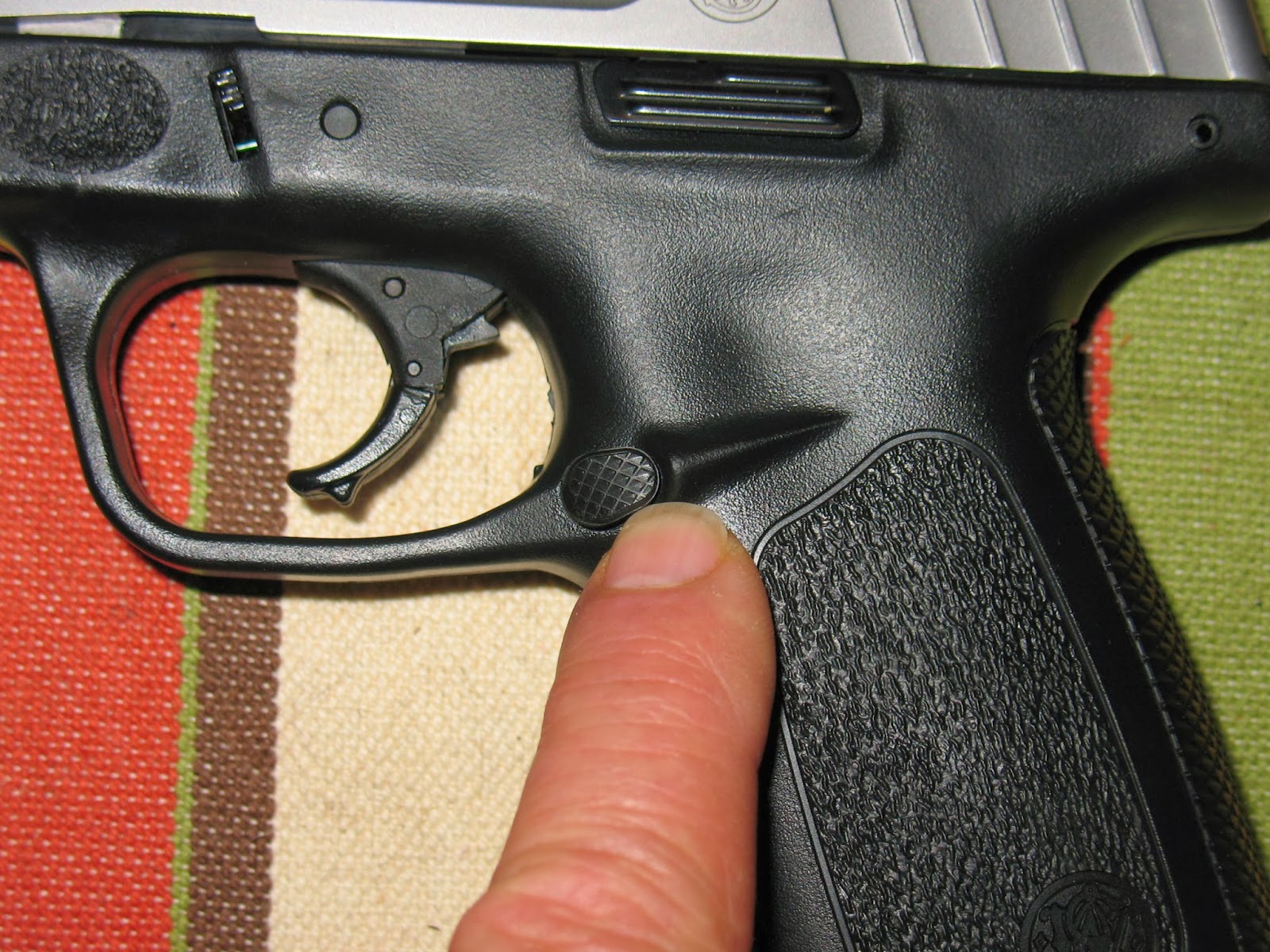 One feature that I particularly like is a small half-moon view port on the back of the chamber that enables you to see, without pulling the slide back, if there is a round in the chamber. 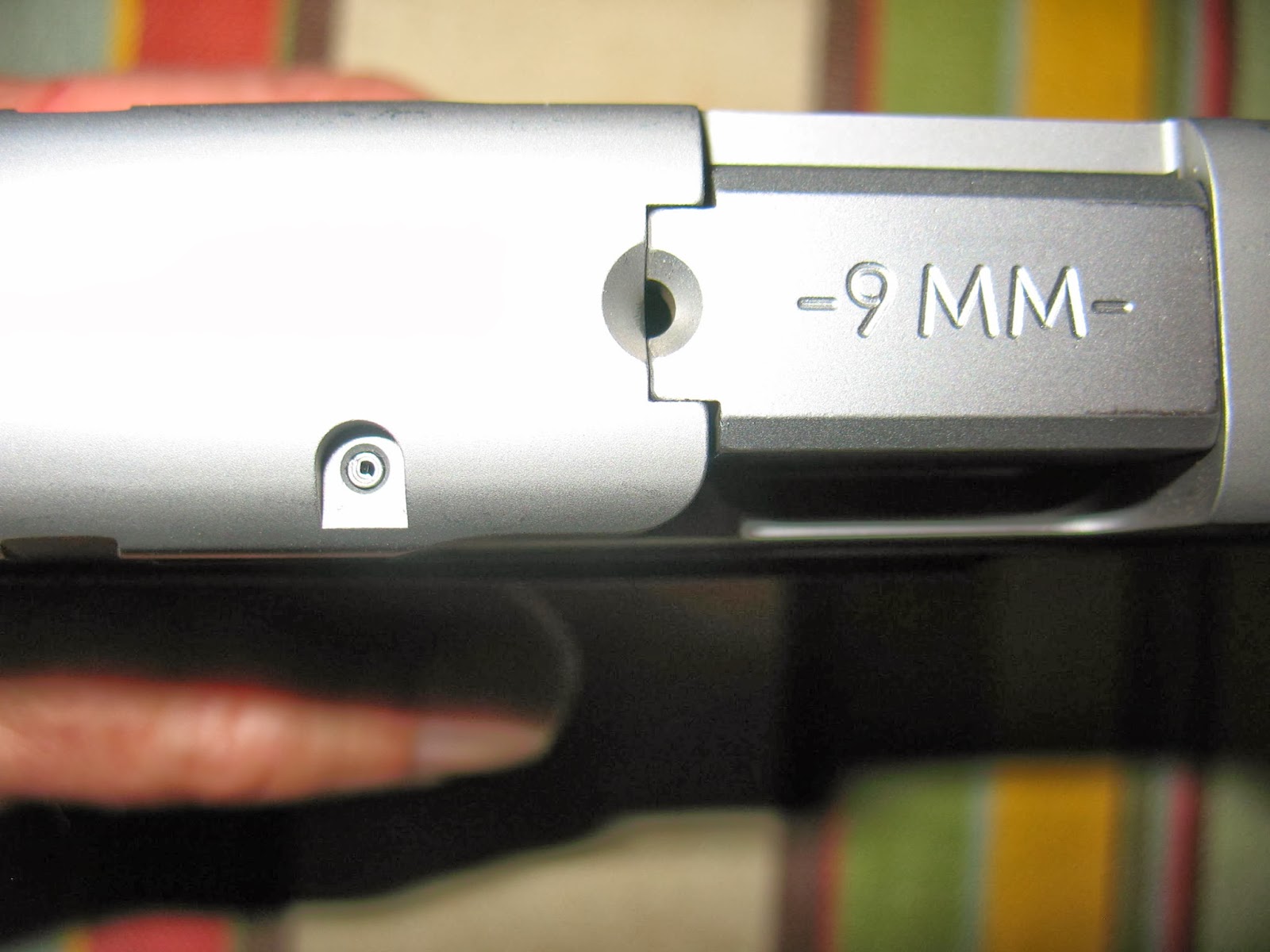 To disassemble the SD9VE for cleaning; make sure the chamber is empty, pull the trigger to drop the striker, and remove the magazine. 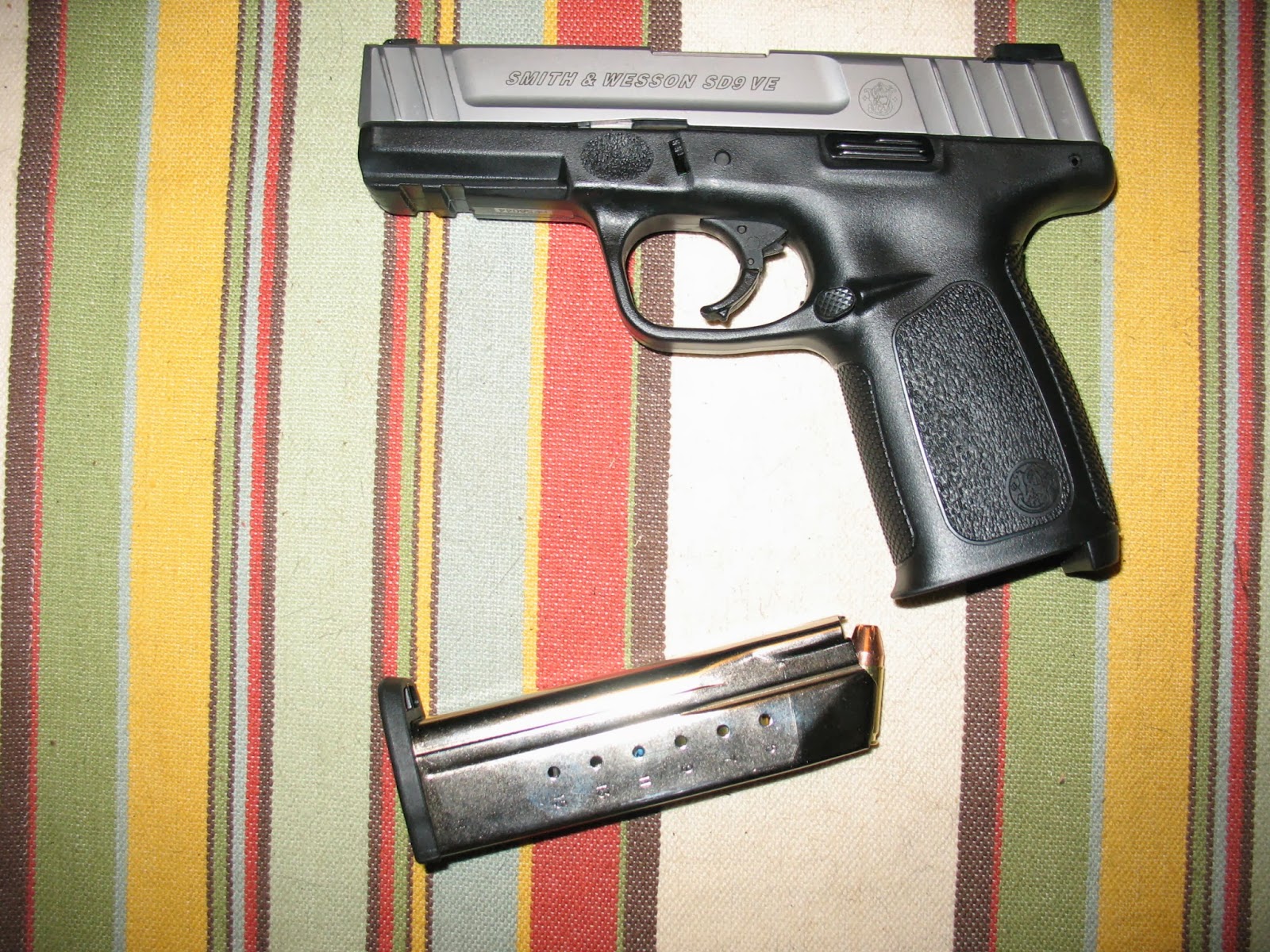 Pull the slide back slightly, pull down the small pins located on both sides of the slide. 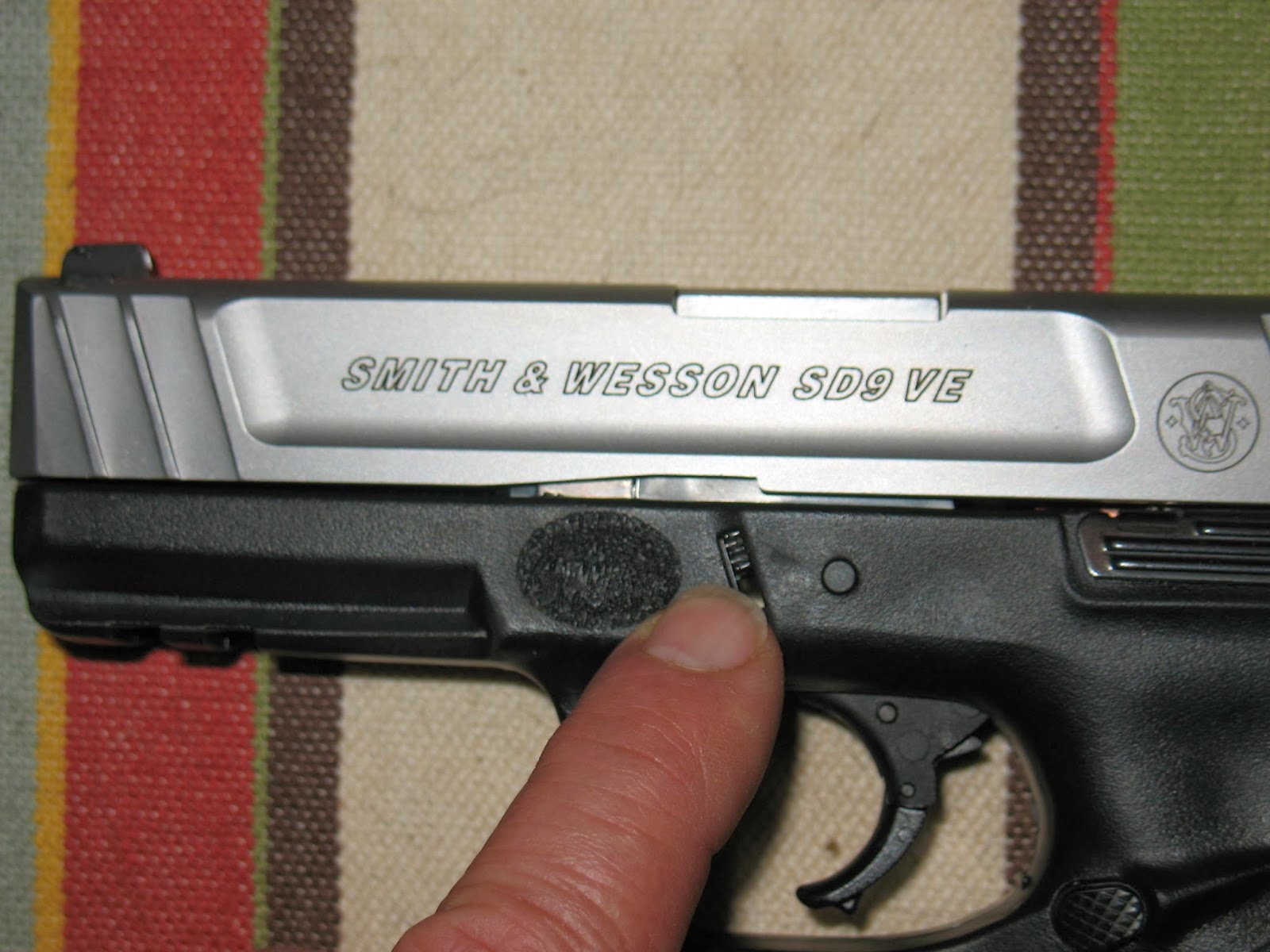 Push the slide forward to remove it from the frame. 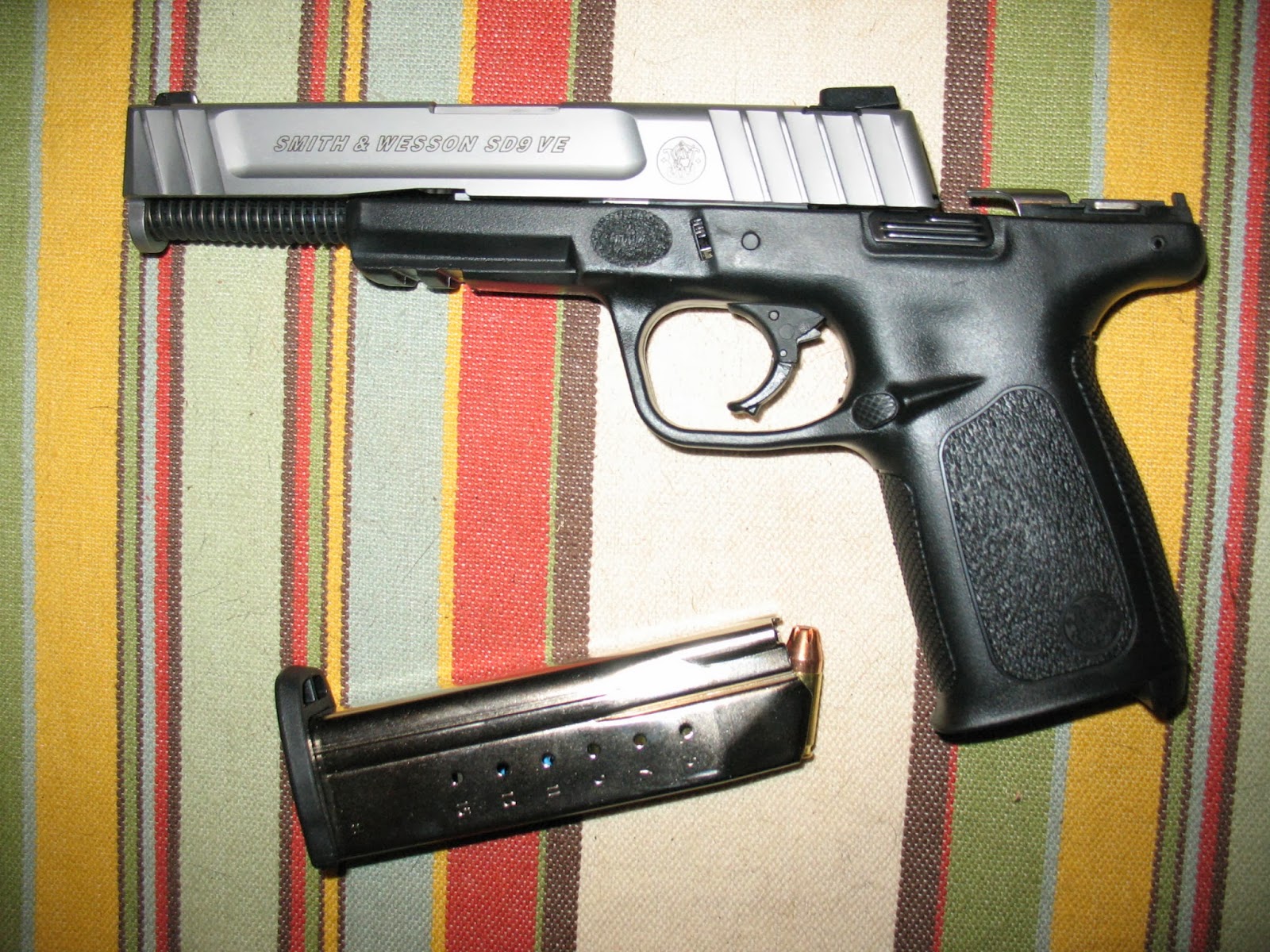 Remove the the slide spring and guide rod. 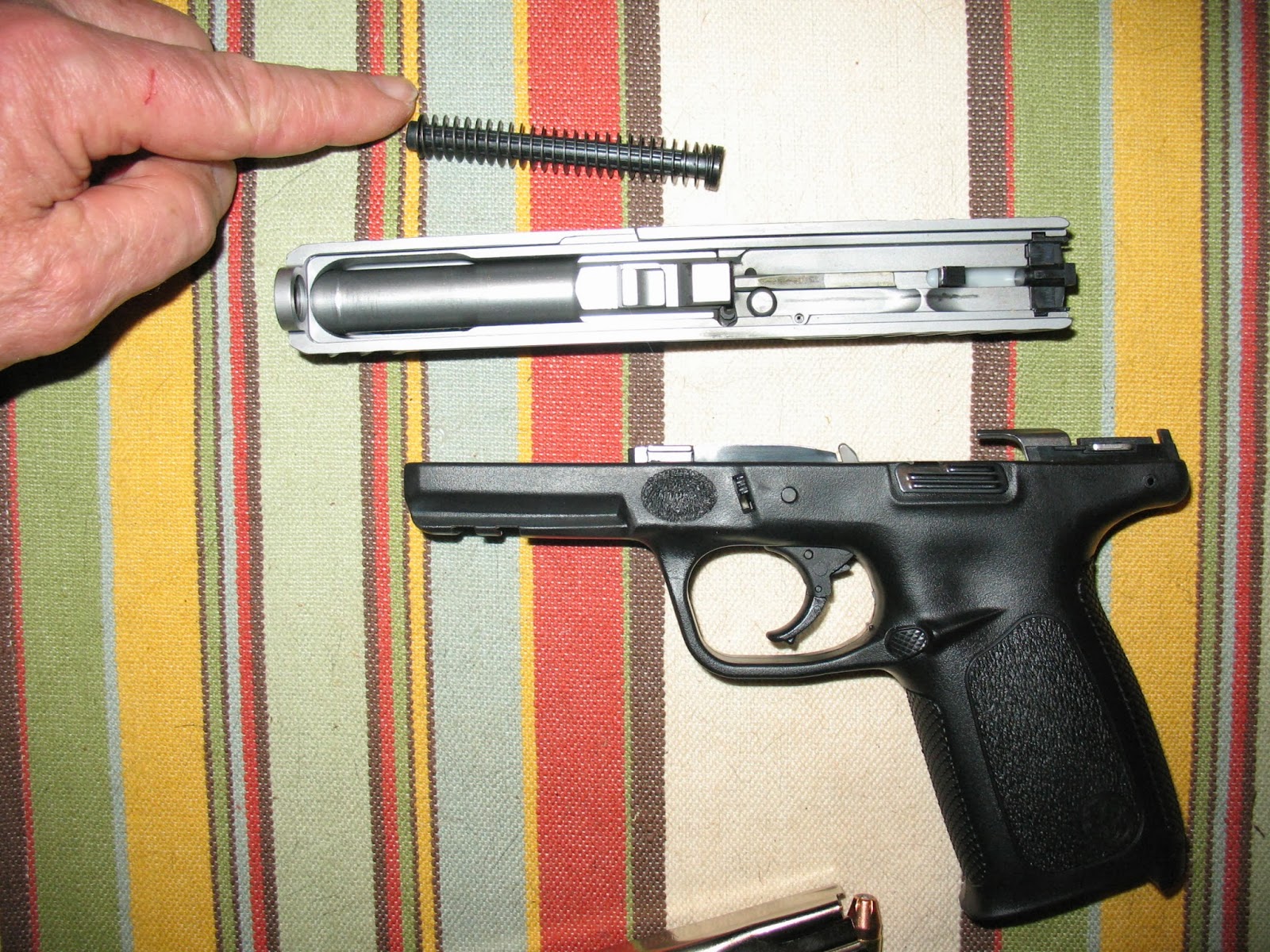 And, finally, remove the barrel. 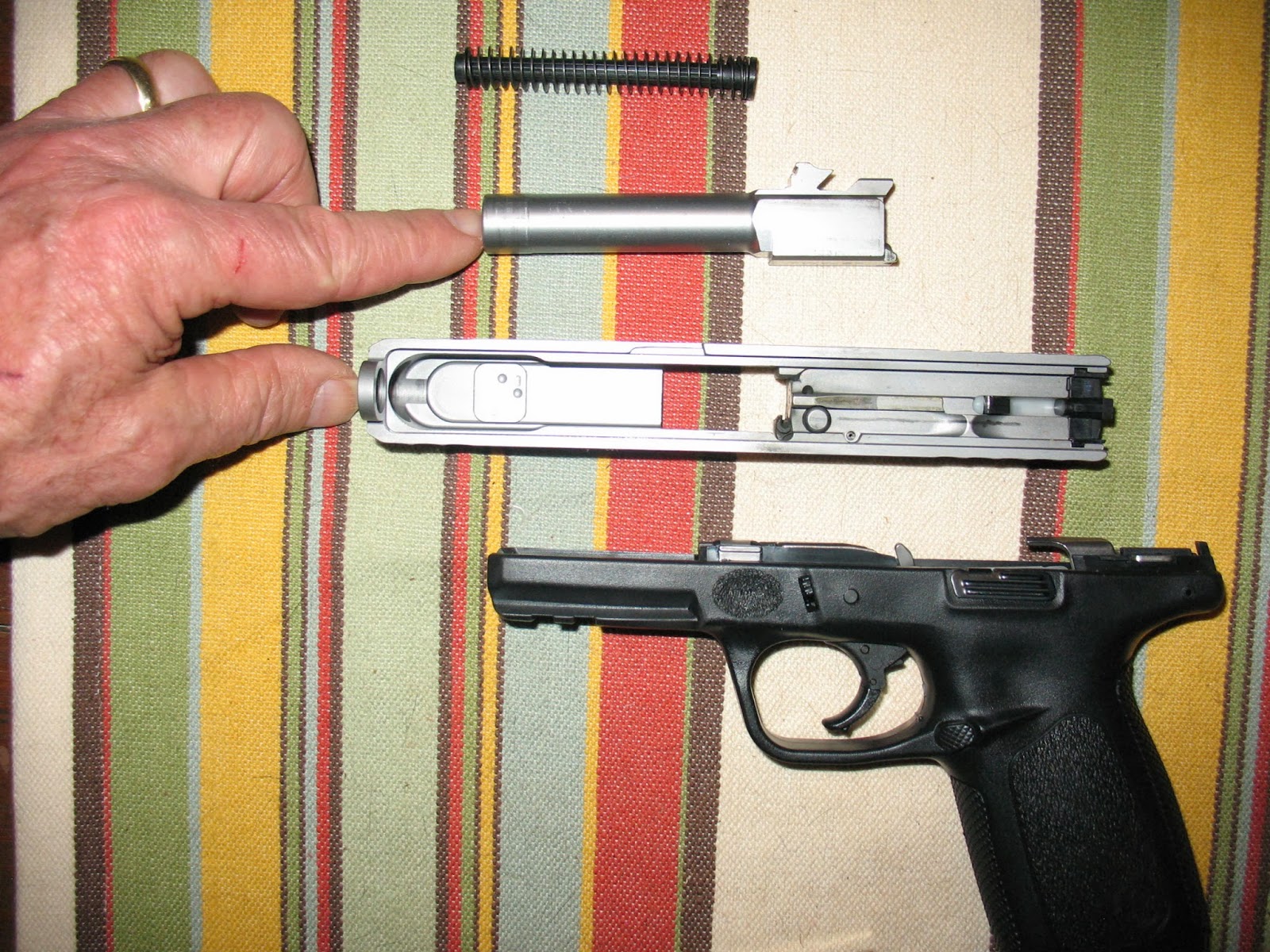 My personal impression of the SD9VE is that it appears to be a good solid, reliable firearm.  The price is very reasonable.  Both my wife and I fired several magazines through it.  The trigger pull did not fell too stiff to either one of us, and every round fed without problem.  Magazines transitions were smooth and easy, and accuracy was good.  Of course, this firearm is not nearly as rugged as my all metal PT-92, but we are not anticipating prolonged field carry or huge volumes of fire.  This firearm is plenty rugged enough and plenty reliable enough for civilian defense purposes.  It is a great gun for the money, indeed it is the easy equivalent of guns that cost much more.  I would recommend it to anyone.

Posted by Sensible Survival at 8:18 AM 28 comments:

Yaupon Holly as a Coffee Substitute


DISCLAIMER:  Don't believe anything I or any body else tells you about edible wild plants.  Don't eat edible wild plants based on what you see in a book or on the inter-net.  Get a qualified instructor to show you the plants, and don't eat them until the instructor shows you how to prepare them, and then eats them him or herself.  Be aware that you may be allergic to a plant that someone else can eat without harm.  Be sure that any plants that you gather have not been sprayed with pesticides or herbicides. 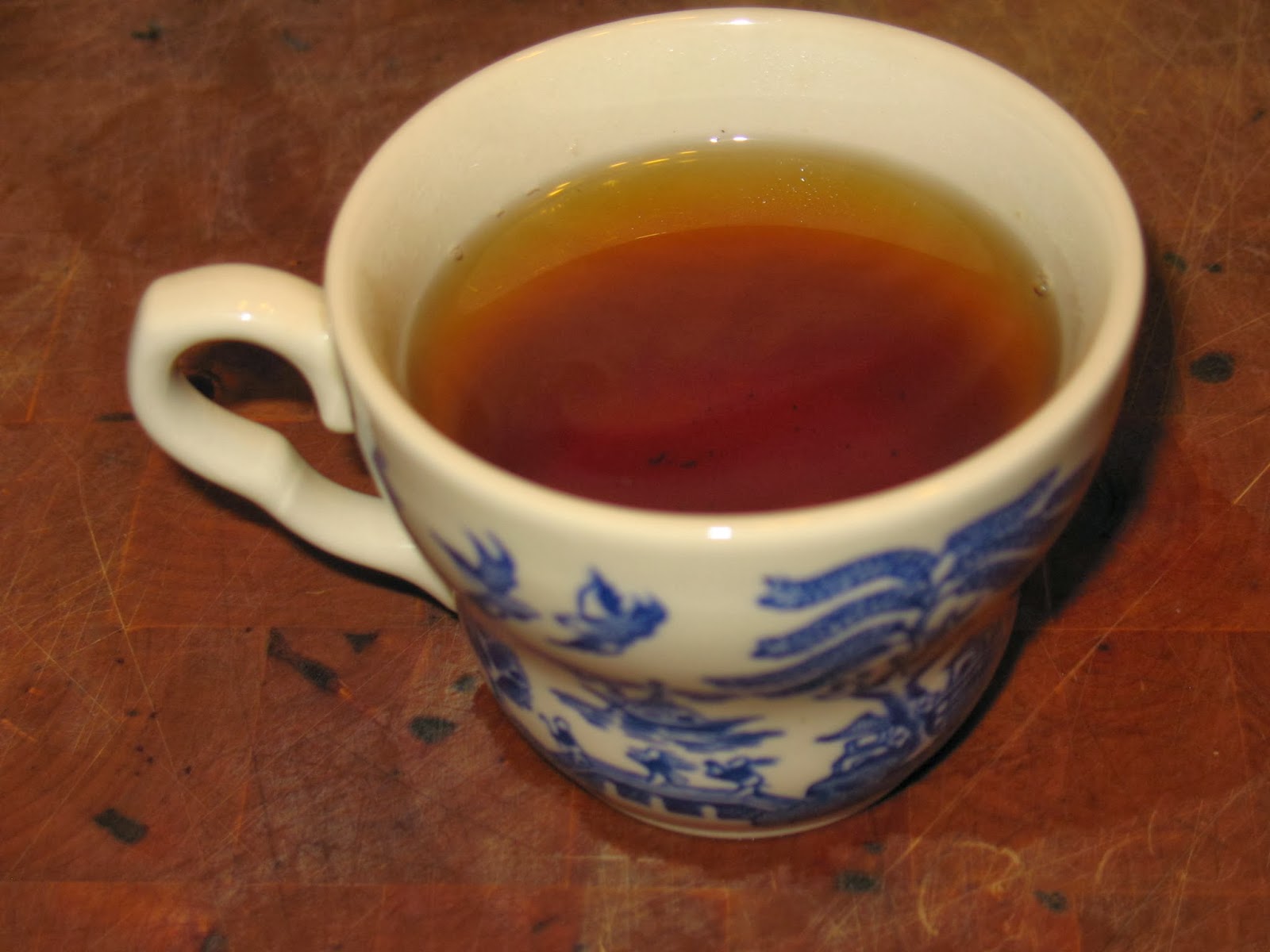 Coffee was a highly valued commodity on the American frontier, and it wasn’t always available.  Frontiersmen tried many different concoctions as substitutes for coffee.  Roasted and ground dandelion root was used.  Chicory root was widely used in the Southern United States, in fact it is common to add chicory to coffee in Louisiana even today.  I have read that some people even roasted and ground okra seeds to make a coffee substitute.  None of these taste much like coffee, and more importantly, none of them have any caffeine.  My old survival mentor was a caffeine freak.  He had to have his buzz.  So when we were having one of our living off the land outings he made a coffee substitute out of Yaupon Holly which he said was our only native plant in East Texas that contained caffeine.

I don’t know for a fact that Yaupon is the only native plant with caffeine, but it does indeed have caffeine.  In fact it has more caffeine pound for pound than coffee.  Yaupon Holly is pretty easy to identify, especially in the winter when it is one of the few green shrubs in the forest.  Yaupon is a shrub.  I have rarely seen one that was over eight feet tall. 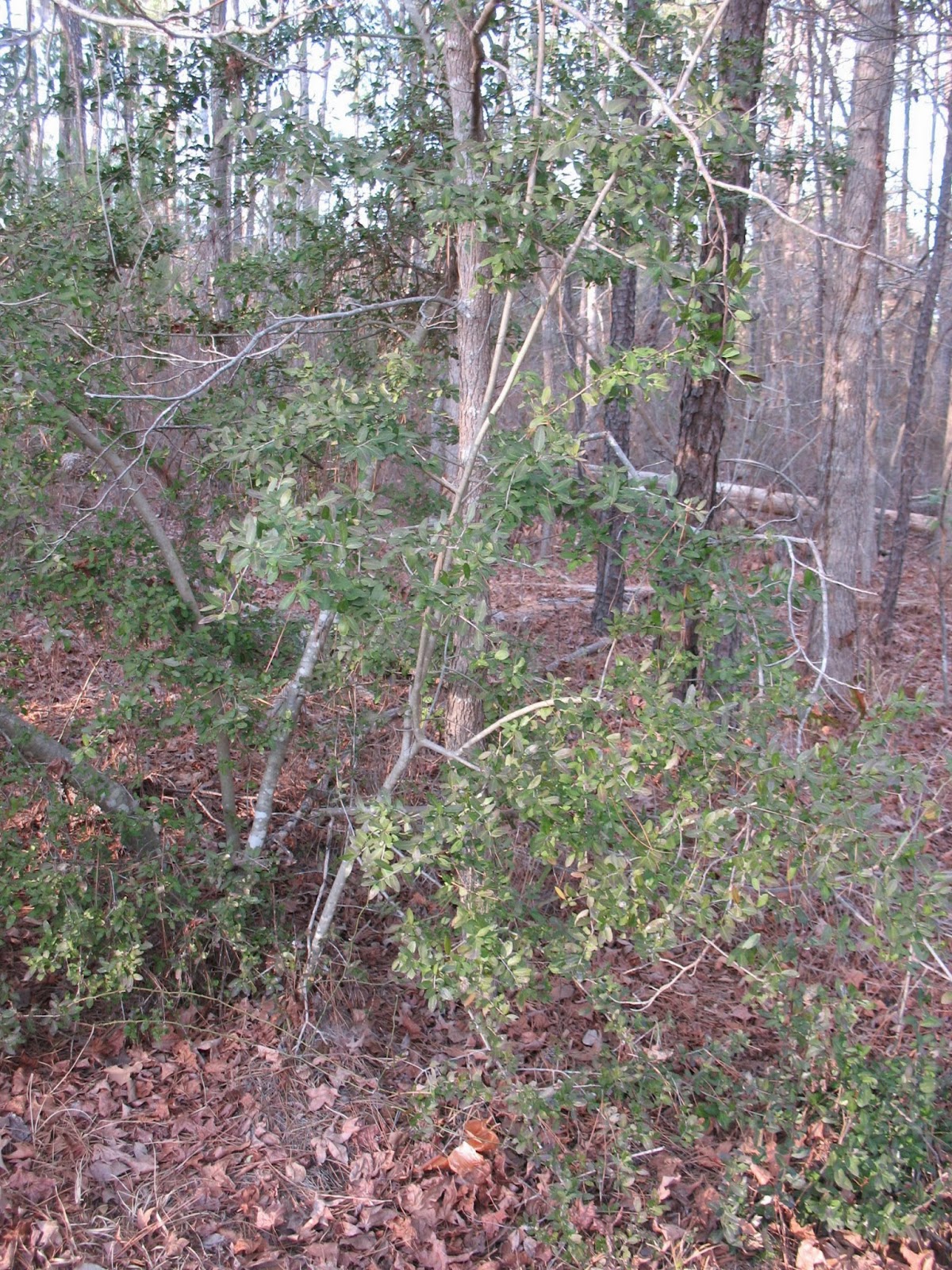 It has small oval leaves that are about an inch to two inches long.  The leaves are lightly lobed along the edge and they grow in a random pattern along the branches.  They are not neatly opposite each other, or neatly alternating; they are just random. 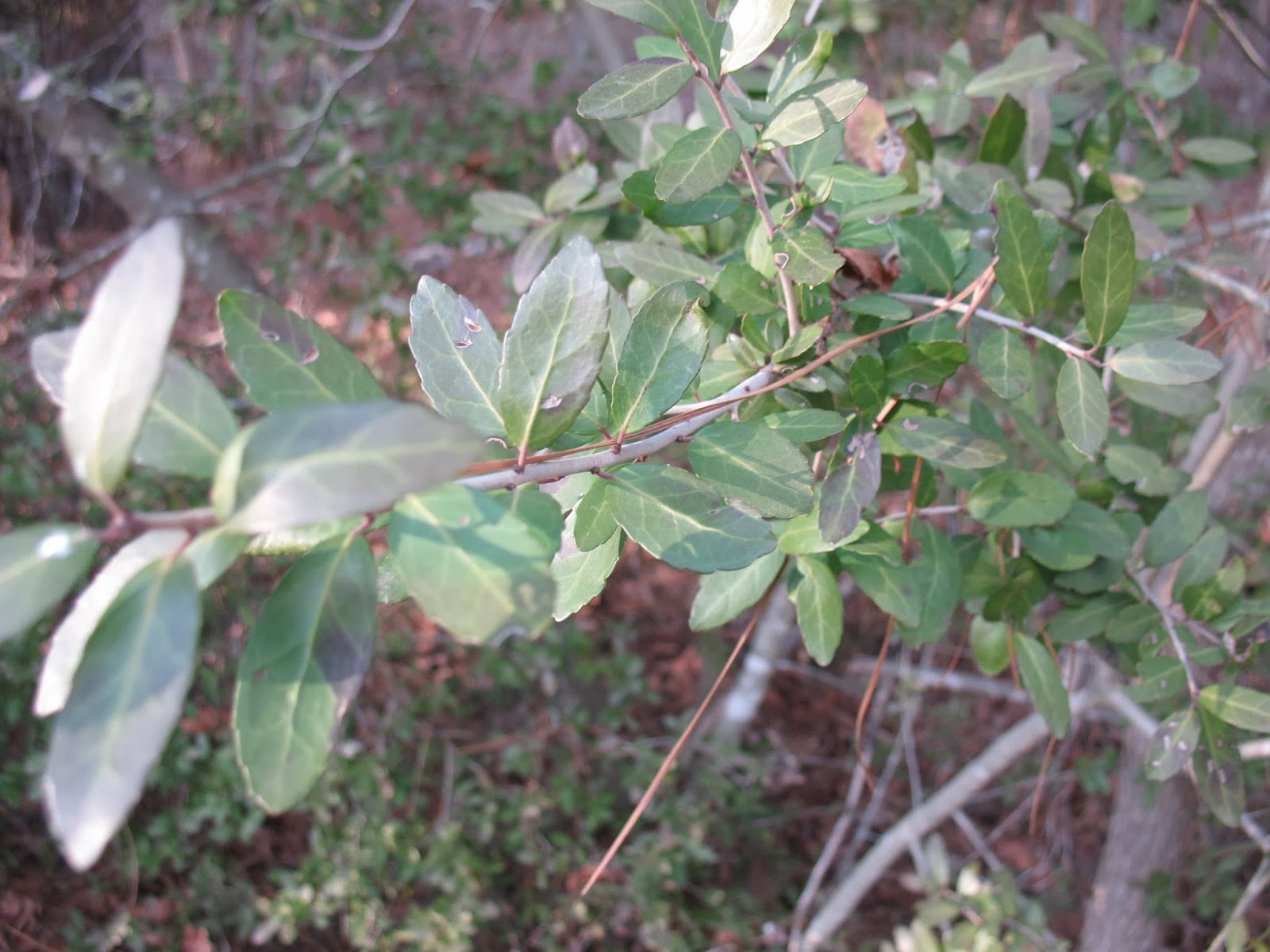 In the fall and early winter the female plants are covered with red berries.  Don’t eat the berries or get them mixed in with your tea leaves. 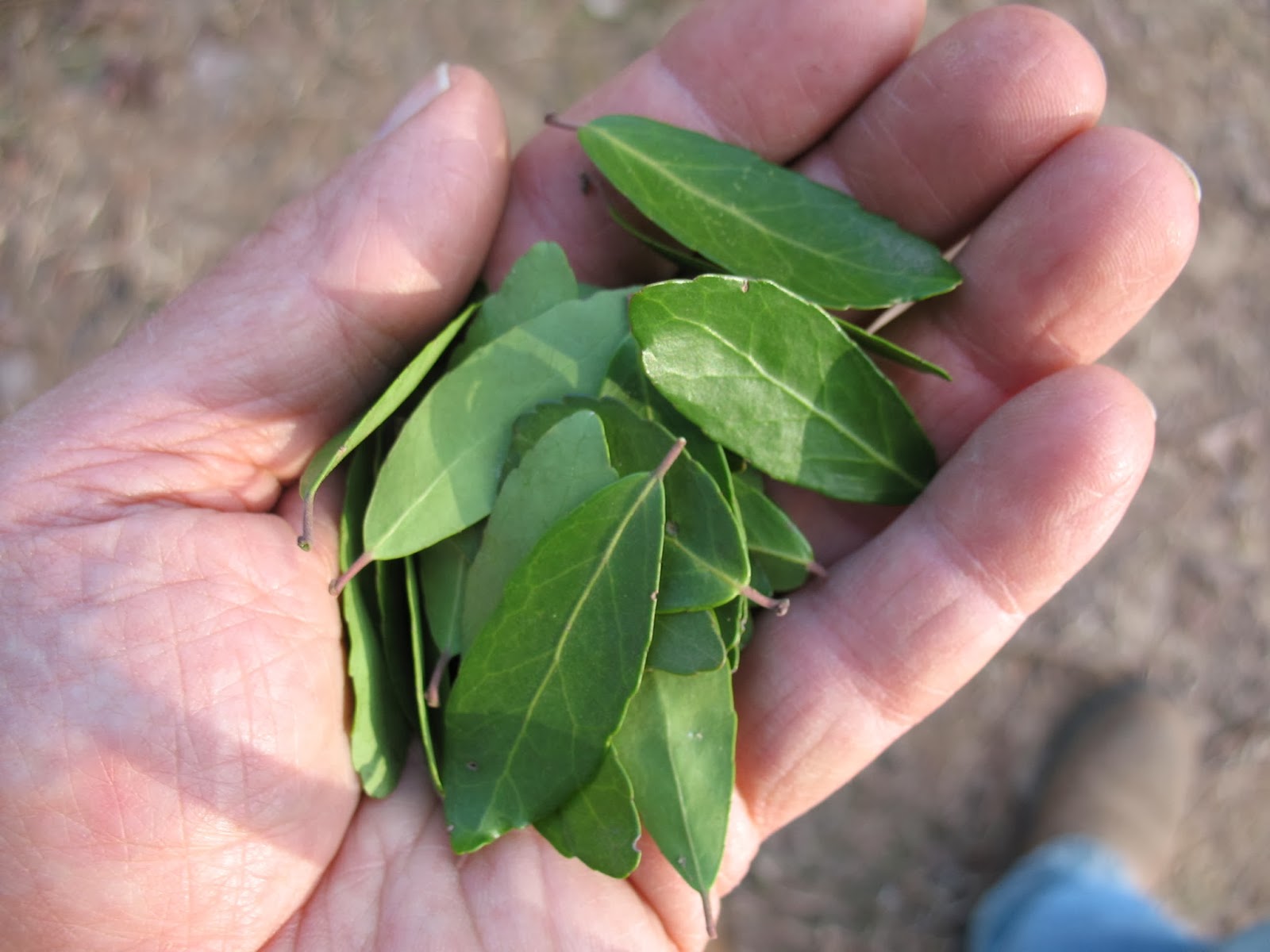 Put the leaves in an oven or a skillet (medium heat under the skillet) and roast them until they turn dark brown to black. 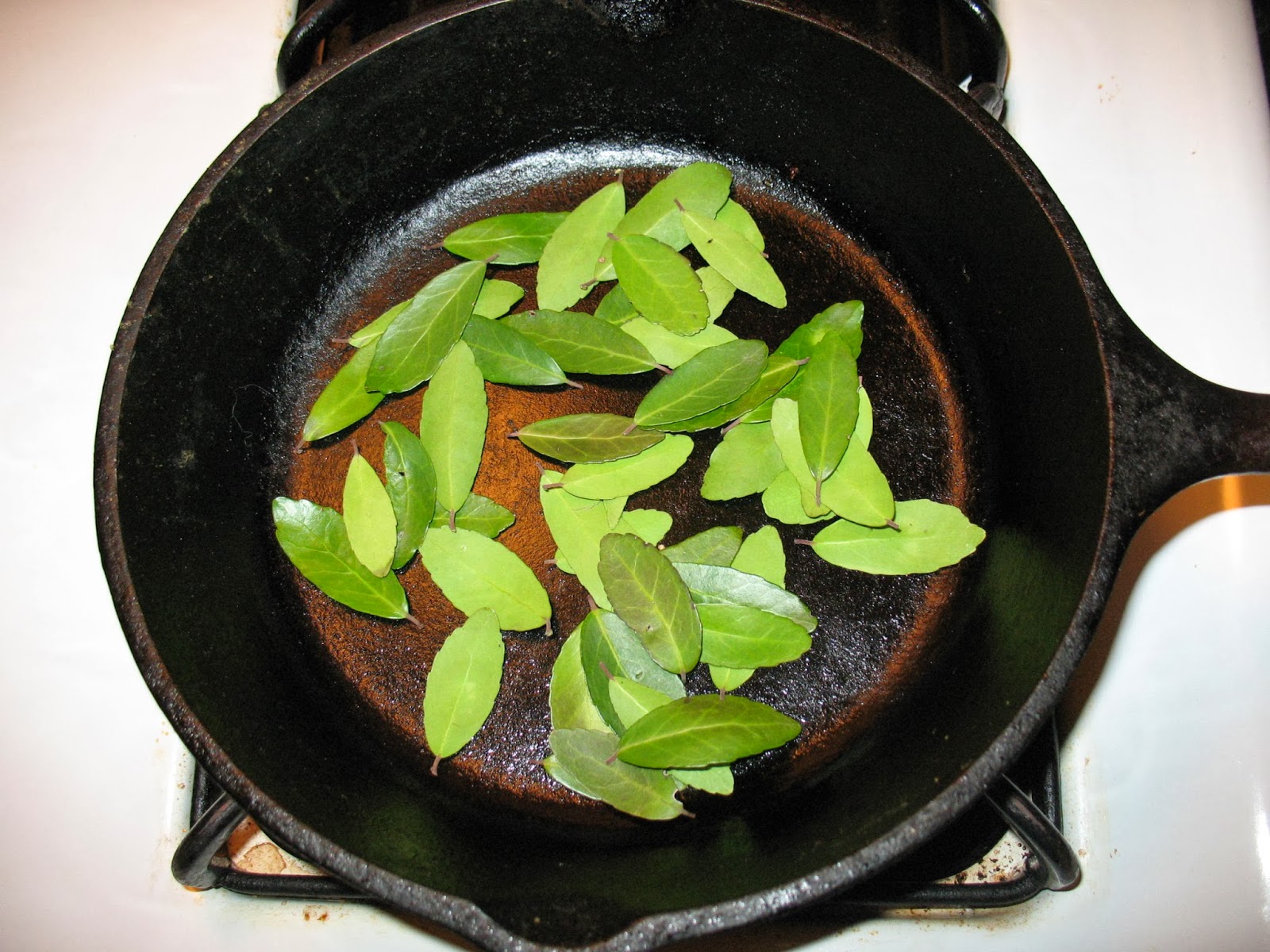 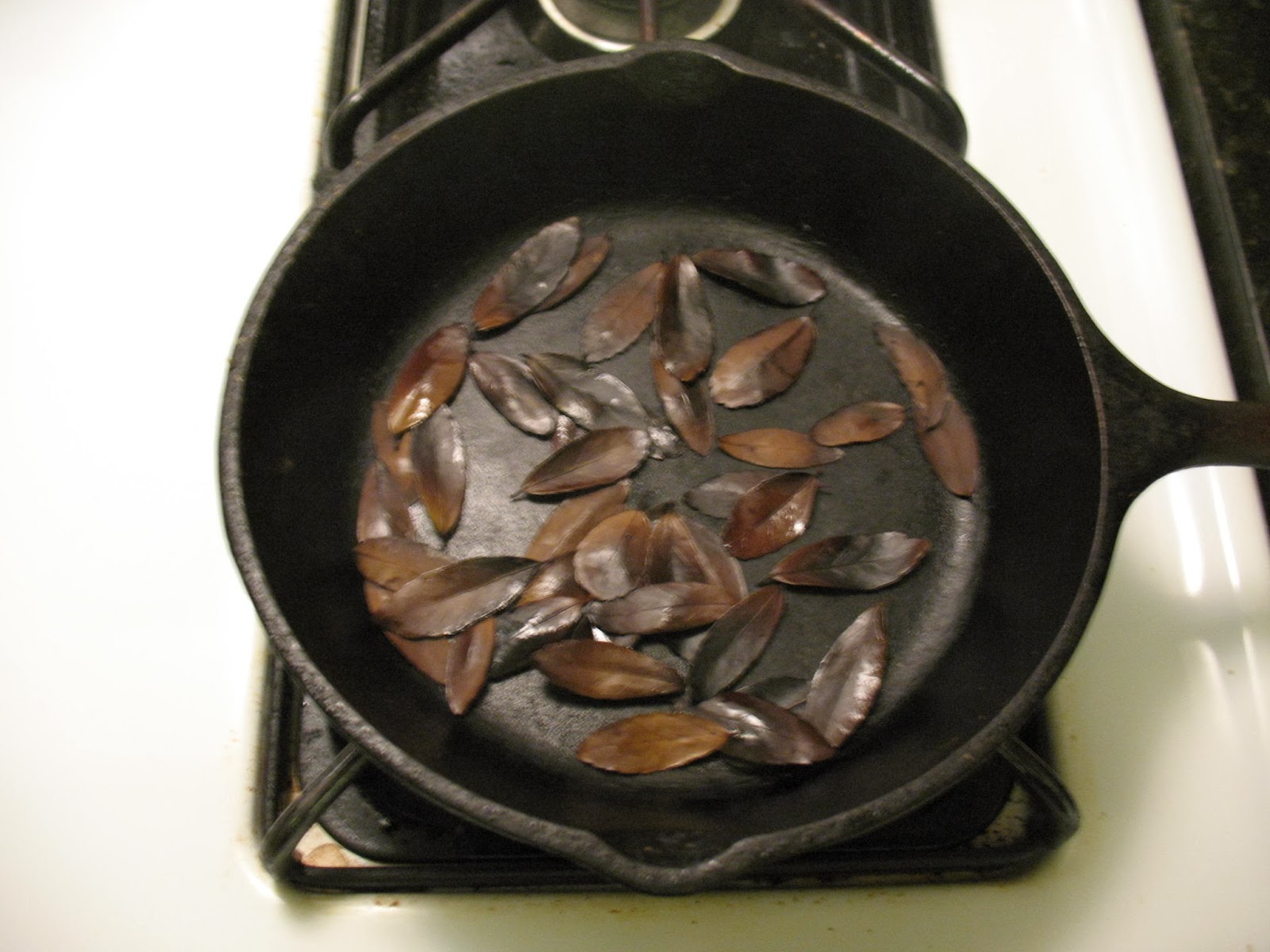 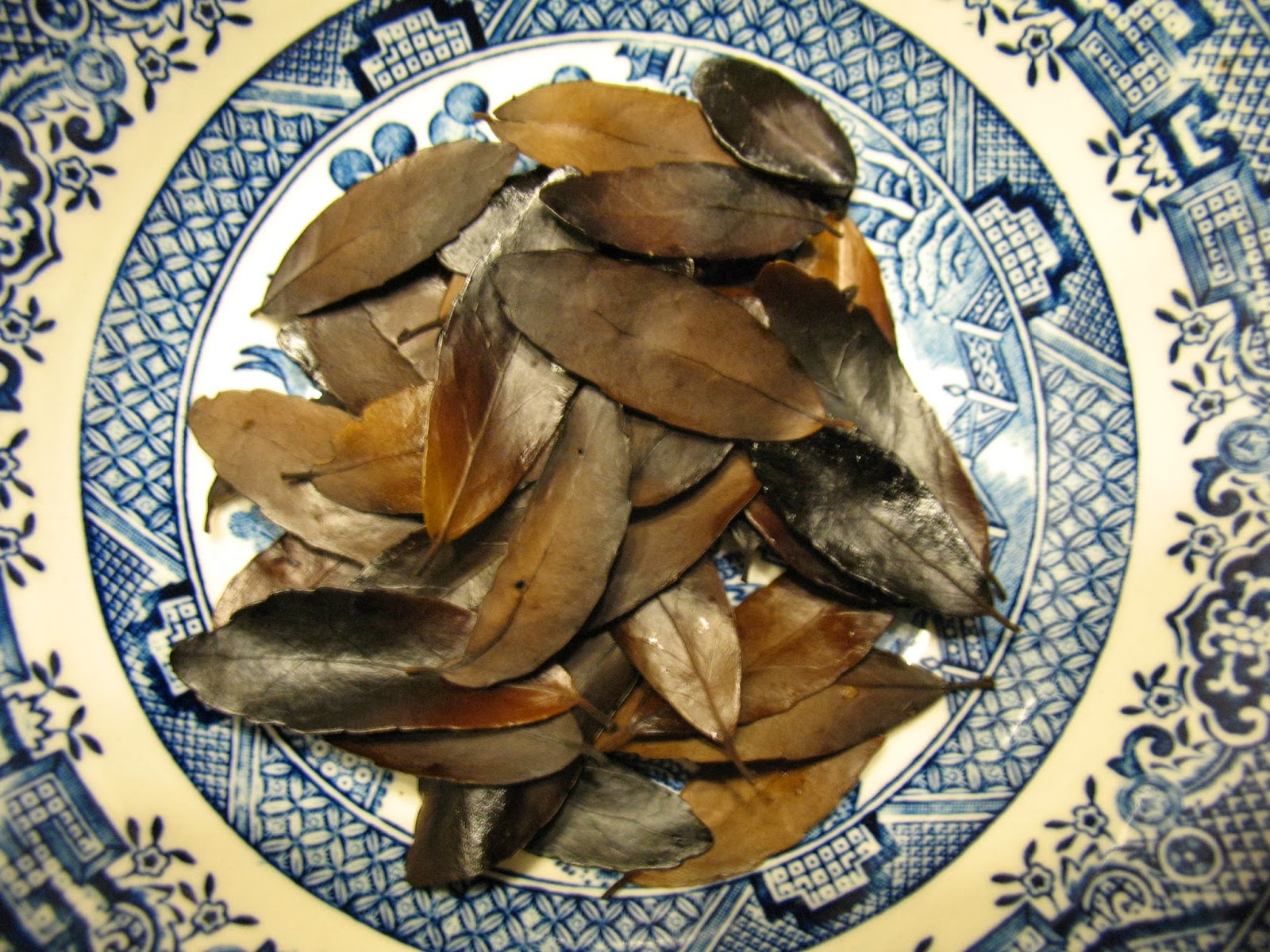 Then crush them coarsely and throw them into a pot with two or three cups of boiling water. 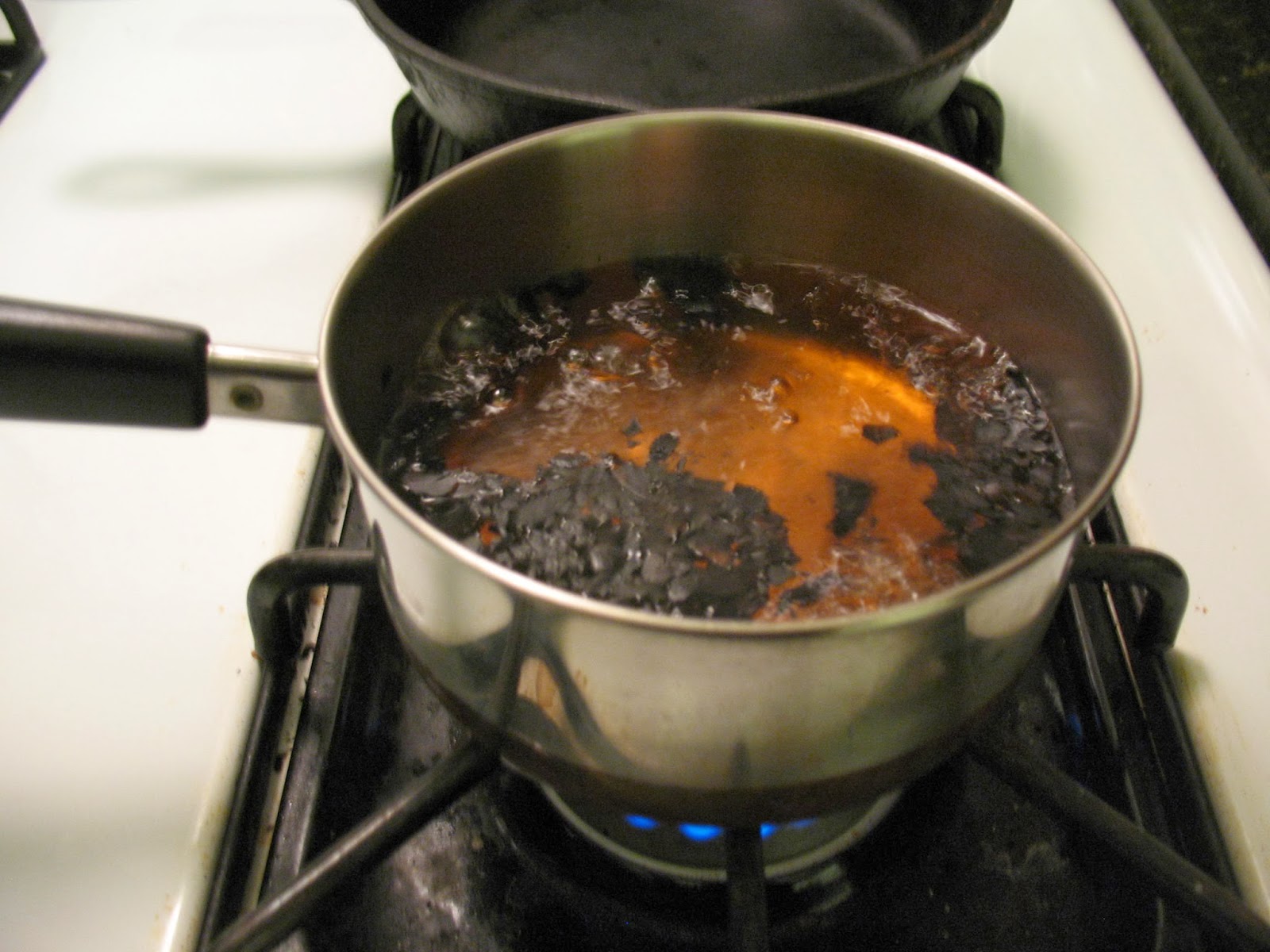 Leave them at a medium boil for about ten minutes.  Then pour the liquid through a cloth or a tea strainer to remove the leaves. 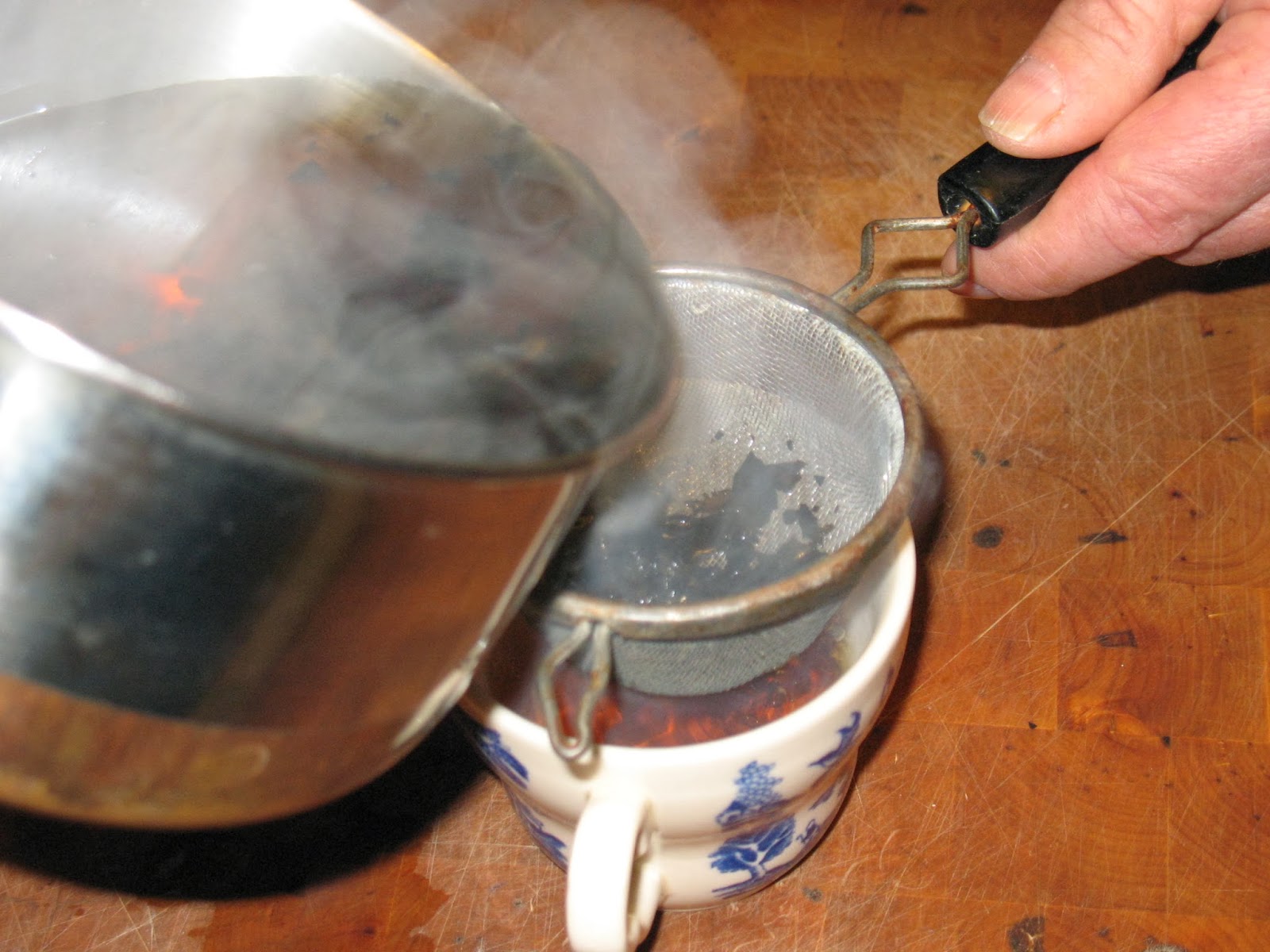 It doesn’t taste bad.  Not much like coffee, but not bad; and it definitely has a jolt of caffeine.  So if the real thing isn’t available, and you need your caffeine fix, give Yaupon Holly a try.
Posted by Sensible Survival at 6:35 PM 1 comment: